Having an information table at one of the county colleges is quite an experience. I had no idea I would learn so much.

One young woman, Bea, has two little ones. She’s also had two miscarriages, and she’s had a birth control implant in her arm for three years. She told us that she went to Planned Parenthood to have the implant removed, but they told her that she didn’t want to do that. She could have it in for at least another year – no problem. She has terrible migraines and has even fainted a few times and went specifically to have the implant removed, but they wouldn’t listen to her.

We talked a little about Natural Family Planning, and we were able to provide Bea with contact information for a pro-life doctor who can give her a new perspective on taking better care of herself and the benefits of being open to life.

One young woman was on her way to her child development class. She has two young girls. She told us, “The worst thing I can imagine is for one of my girls to have an abortion because she’s afraid of what Mom and Dad would say. They need to know the facts.” She took several brochures to share with other students. 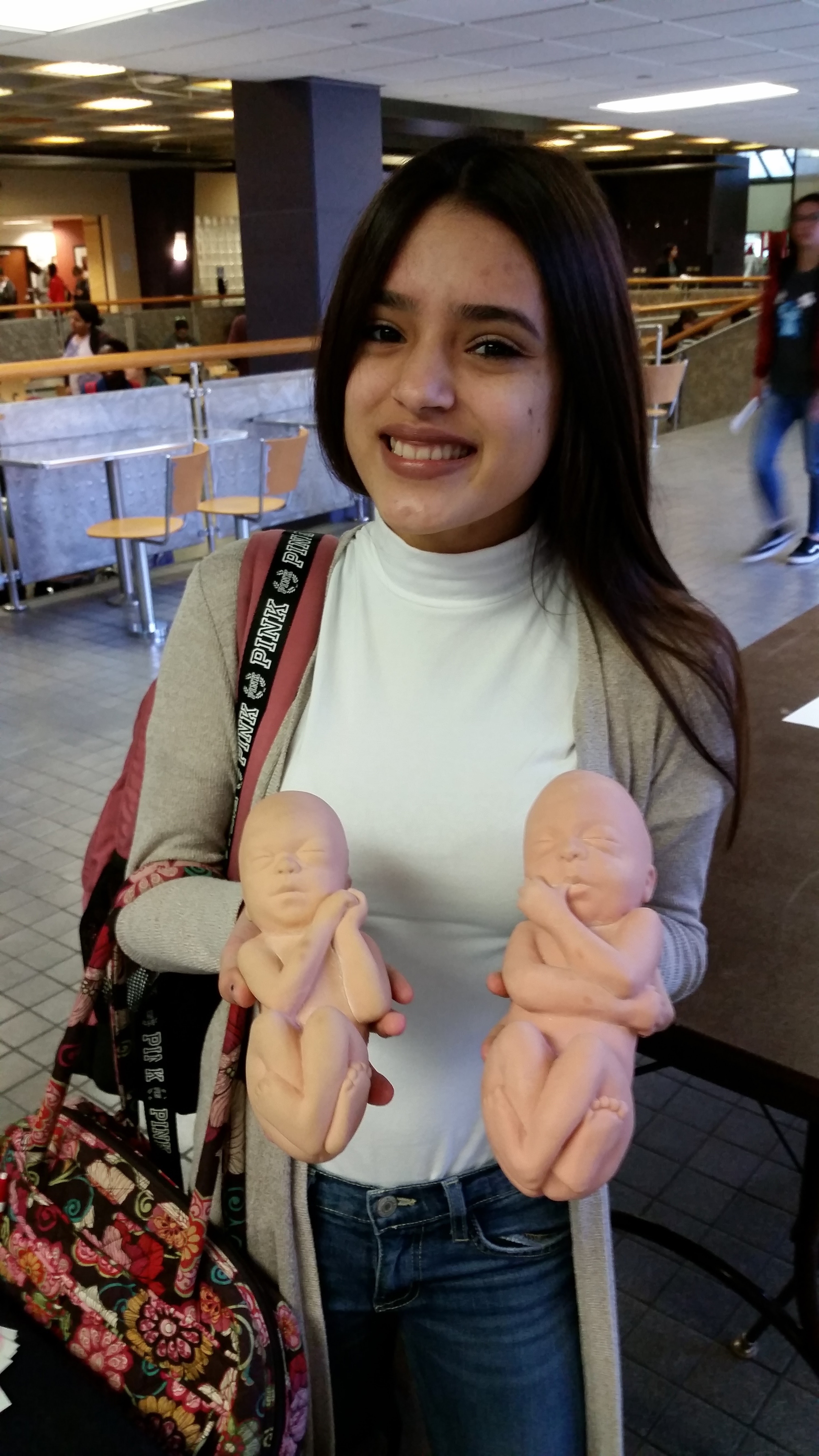 An aspiring pediatrician stopped by and picked up the fetal model. She held the baby and stroked it the entire time she spoke to us. Another girl bounced up and said she hadn’t gotten a baby the last time we were there, so we gave her one and she headed off to class.

Two young men came up, smiling and laughing.  One of them shared that his brother’s wife had just had a baby a few hours ago! He pulled out his phone and, beaming, showed us the picture of his new nephew. “His name is Rasha,” he said. We congratulated him on becoming a brand-new uncle, and we gave thanks that we could finish the day with a celebration of life.

Encounters such as these give me confidence and faith in our next generation that the pursuit of a culture in which all life is respected is in good hands.

By Director of Outreach, Susan Platt