Dividing his red cloak with a sword 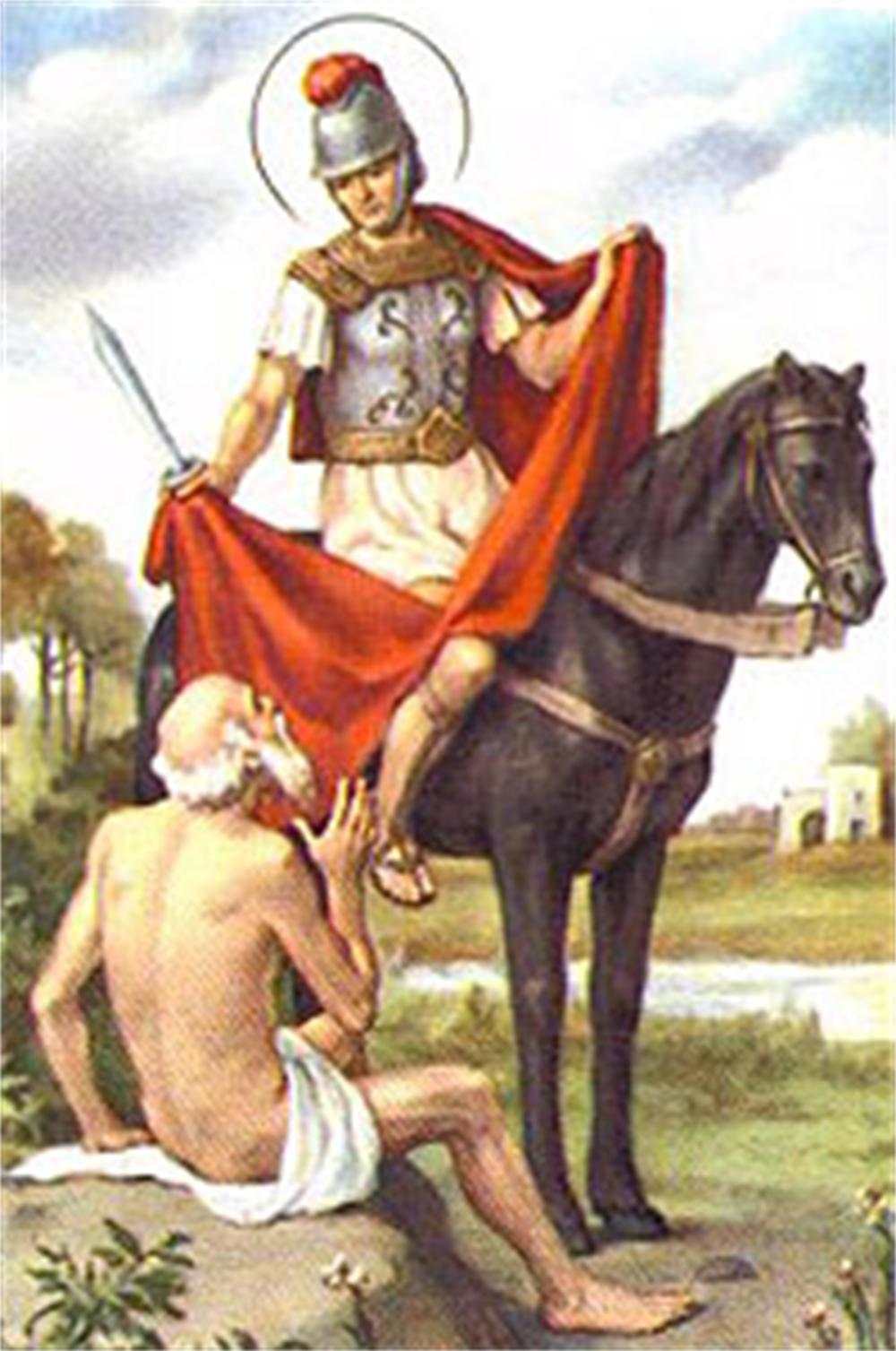 Today, November 11, is Veterans Day and the feast of St. Martin of Tours, patron of soldiers!  Illustrating his famous act of kindness, Martin is usually depicted on horseback, dividing his red cloak with his sword so he could give half of it to a freezing beggar.  That night, Jesus appeared to Martin in a dream, wearing the cloak.  Martin was baptized soon after.

Martin’s father was a Roman tribune who’d gotten his son in the army at the age of fifteen.  Martin stayed in the army until he decided that it was counter to his Christianity and that he would need to ask to be discharged.  When the Emperor Julian met with his troops to give them a bonus to inspire them to take on the invading barbarians, Martin refused his bonus and declared that he was no longer able to fight because of his beliefs.

The Emperor ridiculed him, calling him a coward.  Martin offered to stand unarmed before the enemy prior to the start of the next day’s battle to prove that it was faith that motivated him and not cowardice.  He was placed under guard to make sure he would get the opportunity to demonstrate his beliefs.  But before the fighting started the following morning, emissaries from the barbarians came to ask for peace, surrendering themselves and all they owned!  Since there was no battle, Martin got his discharge.  He went on to become a monk, then appointed as a bishop, and was well known as a miracle worker and healer.

On this Veterans Day, we give thanks for our veterans and ask for St. Martin of Tours to intercede for our men and women in the military, that God bless them and keep them safe.

Traditional Prayer for the Intercession of St. Martin of Tours

Blessed Saint Martin of Tours, You were born under pagan ways
but since your childhood you were chosen to be a Prince of the Church,
and, as Bishop of Tours, many souls were redeemed and liberated
from the satanic forces through your prayers, austerities and blessings.
Oh Saint Martin, who cut your own cloak to clothe Our Lord disguised as a beggar,
We humbly ask for you intercession before Our Lord Jesus Christ
and help us to be worthy of the grace and mercy of the Holy Ghost
that leads us from darkness to light into the eternal kingdom,
forever and ever. Amen.